Like most people, I grew up listening to lots of music at home and in the car. I already loved OMD and knew the first 4 albums really well but my labour of love began in July 1991, seeing them at the Cambridge Corn Exchange as part of the Sugar Tax tour. Not only was it my first OMD gig, it was my first ever gig at the age of 14. I can still picture myself sitting in the balcony while my Dad danced the night away with everyone else. No way was I getting up to dance!

A few weeks later, I saw a cassette of the live recording at a record fair. To have a copy of that show, knowing that I was there, was amazing at the time and still amazing today. I bought it for £3 and played it over and over, all the time. Later that year, I bought more live recordings - this time Wembley Arena in October 1991 but also Reading Hexagon from February 1986. 1986? That's 5 years ago, it's such an old gig now! I wonder what songs they played? Were they good back in the 1980's? So many questions. Needless to say, I loved them both, but especially the Reading gig as I could only imagine what it would have been like to see the band back then.

Over the next few years, I would buy any and every bootleg recording I could find. By the late 1990's, I had traded tapes with a number of people and began to amass quite a collection. However, I was now finding the same concert recording but with a different venue or date so, in 2001, I decided to start making a list of what tapes I had but also with the track listing so I could tell the gigs apart. As time went on, my listings expanded to include all UK tour dates to help me and then international dates too. I moved from Word to Excel and that's where the information stayed until 2010 when I decided to build a website.

I had collected so many recordings and concert listings that I thought it should be shared as others may be interested. Over the years since, I've had contact with so many fans from across the world who have helped with missing information and their kind words helped me through the long nights of site building and re-building, most of it manual typing!

I've been lucky to see OMD many times since 1991 and met many like-minded fans who have become good friends. If you see me at a show, come and say hello. I'm happy to bore you about spreadsheets and this website if you want me to... 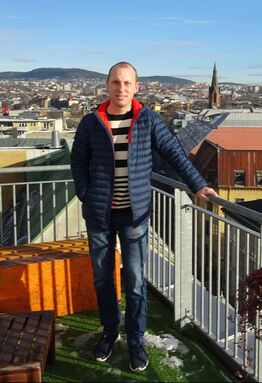